Almost every Crytpocurrency trading exchange claims to be better than the others. Bitforex too claims to be “World’s Leading” digital asset platform. The legitimacy of that claim is what we’ll be verifying throughout this Bitforex review.

We’ve been with enough best trading exchanges to know exactly what to look for in any such platform. By the end of this Bitforex review, you should have an idea of just about everything that the exchange is made up of.

There’s no bias. This honestly will be the most transparent, detailed and honest review of Bitforex you could find anywhere on the Internet. As we always do, the primary questions being addresses in this review are:

Let’s paint you an outline first of the exchange.

Bitforex In a Nutshell

Can you Trade on Bitforex without Registrations?

Here’s the form that needs to be filled when registering on Bitforex.

Why is it important? Because no privacy-intruding data needs to be shared during the registration process.  Although it’s unique in the sense that, the E-mail needs to be verified before this form can be submitted.

So users click on the “Send” button to receive an OTP, which is used for registration. The account can be accessed instantly after registration without any wait-period.

The following screen is displayed as soon as you Sign up.

It’s the only trading platform we’ve seen so far which auto-credits “Virtual BTC” (1 BTC) on Signup. This is to help new users learn trading and is a pretty unique as well as practically helpful gesture.

This is probably the most appealing aspect on this entire Bitforex review. The company has an extremely liberal NO-KYC policy.

It’s not required for registrations, neither for deposits or withdrawals. It’s only required in case of “abnormal IP address behaviour”, and if the transaction exceeds USD $10,000+ in a single day. Note that the amount isn’t the trigger, rather it’s the IP-address.

So if the IP address stays normal, no KYC even on USD 10K+ withdrawals is required. As for the verification, it can be completed from the profile by uploading a Passport, an ID card or a Driver’s License.

The verification takes around 48 hours on an average. Sure we’ve seen faster completion times. But then again, considering how it’s 100% optional, I’m still impressed.

The only other exchanges offering anonymity at an equal, or similar level have been mentioned in our Binance Review or Paxful Review.

Which Deposit/Withdrawal Methods are Accepted on BitForex?

Bitforex is a Hybrid trading exchange. Meaning, it supports deposits via Cryptocurrencies, and also Fiats.

All the major Cryptocurrencies currently in circulation can be deposited on the exchange. A total of 300+ individual Cryptocurrencies are supported, which means a minimum of 150 trading pairs.

They’ve partnered up with Simplex for Fiat deposits. So users can use their VISA/ Mastercards to purchase Cryptocurrencies directly on Bitforex. BTC, LTC, ETH, BTCH and XLM can be purchased for now. You can also choose to pay in USD or EUR.

Worry not, these Cryptocurrencies can be easily swapped for another Cryptocurrency of your choice in seconds.

What are the Fees and Limits on Bitforex?

Can you afford Bitforex? That depends on how much fee is charged for various actions (deposits/trades etc). and the minimum limits.

Let’s start with the trading fee considering how this is a review about a trading exchange. So unlike most other best Bitcoin trading exchanges which have different fees for makers and takers, Bitforex charges the same fee to both the parties.

0.1% of the trade amount is charged to both the Makers and the Takers of a spot trade.  If you’re involved in Perpetual trades however, it differs, in this case it’s 0.04% for makers and 0.06% for takers.

Deposits are absolutely free for Cryptocurrencies. Depositing fiats is charged at 5% (minimum USD $10.00).

Withdrawals aren’t free on most trading exchanges, the same holds true for this Bitforex review as well. Each Cryptocurrency has its own withdrawal fee, it’s 0.0005 BTC, 0.0001 BCH, 0.01ETH  and so on.

A minimum purchase worth 50 USD is mandatory for fiat purchases. Also, the maximum allowed purchase is USD $20,000/day and USD $50,000/month.

While there’s no “minimum deposit limit” on Cryptocurrencies, there is a minimum as well as maximum limit on Withdrawals.

Finally, considering how it’s hard-earned money we’re talking about Safety is a legitimate question, isn’t it?

Well comparatively, Bitforex is a new player in the game. It’s Headquartered in HongKong and is subject to the Chinese laws and Government.

It was launched in 2017. Then, its “About Us” page lacks any identification/ company information as well. So while there’s some lack of trust, considering its existence for 2 years, and lack of negative reviews does help.

Then as far as claims go, it mentions that all funds are “insured”. Which should mean that in case your funds are stolen/hacked/lost due to a mistake on the exchange’s part, you’ll be reimbursed.

It also mentions a “Cold Storage”. Majority of user funds are claimed to be kept off-site, in an isolated, air-gapped facility preventing hacks.  And finally, a number of “account security features” are available:

2-FA can be enabled via mobile number, or via Google Authenticator if you love your privacy. It’s then used for Logging in, Withdrawals, and most other major actions on your account.

The Trading Password can only be enabled after 2-FA is enabled. But it provides additional security for “Trades”. Trades can’t be placed without this password, even if your Password as well as 2-FA is compromised.

It also displays Session history transparently. So date-time of the last Logins, devices used to login, the IP address as well as login result is included.

If you go through our Bitfinex Review or Kraken Review, you’d agree that they’re probably a lot more trustworthy and secure. However, if the claims made by Bitforex are true, it can be considered to be pretty secure.

Which Countries aren’t Supported by Bitforex?

Nearly all the best Bitcoin trading exchanges have Geographic restrictions. Bitforex is one of the very few exceptions without any such restrictions.

It has a clear “No geographic restrictions” policy. So you can access and trade on the platform from anywhere in the world, except China. It’s restricted exclusively for Chinese users.

Even if you’re from the U.S / U.K or other such heavily censored countries, Bitforex is available to you.

Bitforex support is among some of the most impressive support teams we’ve ever crossed paths with. Their Live-Chat is available 24X7 and is pretty helpful.

We tried asking really weird questions and even those were answered. Apart from that, they offer language-specific Telegram channels for over 9 languages.

E-mail support too obviously is available, however the live-chat generally is more than enough.

Can you Trade Cryptocurrencies on Mobile Phones?

Totally! Bitforex isn’t limited to computers and laptops. It offers its iOS as well as Android Apps.  You can also directly download the APK file from the homepage.

If you have an iOS device, simply scan the QR code displayed below to download the Bitforex app. 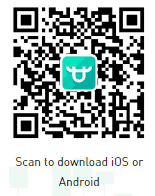 My concluding views for this Bitforex review are full of positivity. For starters, the kind of extreme anonymity provided by the platform is truly rare. The number of supported Cryptocurrencies also is more than enough.

Then, deposit methods are pretty accommodating, or the Simulated trading offers free virtual BTC as well. The fee too is parallel with what other similar platforms are charging.

Sure it still has to garner itself a bit more trust and reputation. But so far, there haven’t been any major withdrawal issues, hacks, or trust-issues in general with Bitforex.

All in all, I see a lot of reasons to give it a try, and not many to counter that argument. So let’s wrap this Bitforex review up saying it does deserve to be on a list of the best Bitcoin trading exchanges. Do you, or don’t you agree? Let us know. 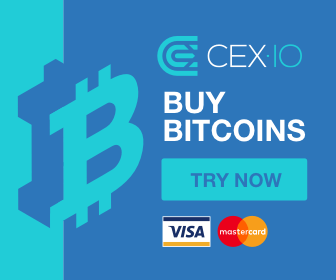 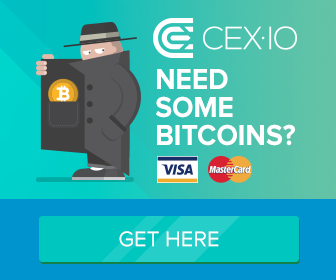